The position of Juvenile Officer encompasses many different duties and responsibilities. Currently, Police Officer Matthew Stanislao and Police Officer James McGill serves as the department Juvenile Officers. The assignment is in addition to P.O. Stanislao’s regular duties as the Community Outreach Officer and P.O. McGIll’s regular duties as a Patrol Officer.

P.O. Stanislao joined the G.R.P.D. in February of 2004 after serving with the Boonton Police Department.  P.O. Stanislso has been a Juvenile Officer with the G.R.P.D. since 2008 and has most recently been named the department’s Community Outreach Officer in 2018.  P.O. Stanislao obtained his Master’s Degree in Clinical Social Work making him a Licensed Master Social Worker, a great asset to our community and this department.

P.O. McGill joined the G.P.R.D. in January of 2008 after serving with the N.J.I.T. Campus Police Department in Newark, NJ. In 2014 he was selected to serve as the department’s Juvenile Officer. In this role, both proactive and reactive measures are taken in addressing juvenile delinquency and crimes committed by juveniles. The Station House Adjustment Program or (SHA Program) is used for juveniles in special circumstances involving minor non-violent offenses to help avoid the establishment of a juvenile record.

In partnership with the Detective Bureau, incidents involving juveniles are reviewed on a case by case basis to determine the best course of action for the juvenile. In partnership with parents, the schools, juvenile courts and other social services the GRPD seeks to assist in providing a positive environment for the youth in our community.

To speak with a Juvenile Officer concerning juvenile matters, please feel free to contact them: 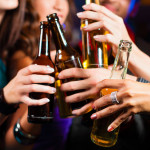 Teens are at far greater risk of death in an alcohol-related crash than the overall population, despite the fact they cannot legally purchase or publicly possess alcohol in any State. High-visibility enforcement of underage purchase, possession, and provision laws can create a significant deterrent for violation of youth access laws, reduce underage drinking, and decrease alcohol-related crashes. Above all else, parental responsibility is key to educating and protecting our teens.

Bullying is unwanted, aggressive behavior among school aged children that involves a real or perceived power imbalance. The behavior is repeated, or has the potential to be repeated, over time. Both kids who are bullied and who bully others may have serious, lasting problems.

In order to be considered bullying, the behavior must be aggressive and include:

There are three types of bullying:

It is saying or writing mean things.
Verbal Bullying includes:

It involves hurting a person’s body or possessions.

Have a problem with bullying in school?

Don’t let yourself or your child be a victim! 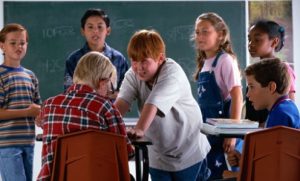 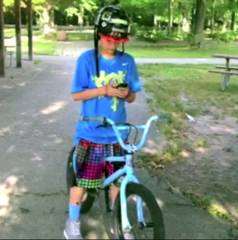